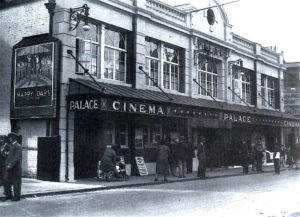 The history of the Palace dates back to 1912 AD which was opened as Palace Cinema. It was designed by the architect John Priestly Briggs .
09-Jul-1979- Grade II listed
1989 – converted into a nightclub called Cheeks and later known as the Vox Nightclub
2010-Events and Live music venue and then the building reverted back to it’s original name.
2013: Closed
18th December 2015: It has now been re-opened as a Restaurant / Banquets and Entertainment venue . We have made every effort to preserve the original decorative features .
* Courtsey to Tony Glover for providing the photo.